First Trailer & Poster For Unnatural Will Have You Going Wild 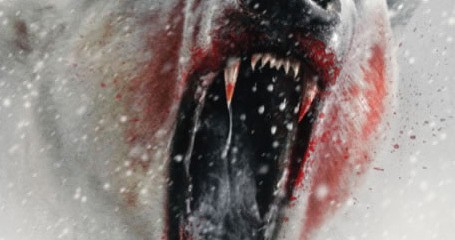 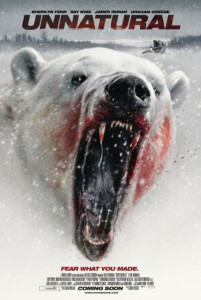 Sink your paws into the first look at director Hank Braxtan’s (Chemical Peel) nasty nature film Unnatural, with the chilling poster and trailer.

The trailer packs a roar as it sets a dark tone for the horror film that explores terror at the hands of one of Earth’s most majestic and fearsome creatures, the polar bear. Unnatural’s poster hints that there will be plenty of gore and carnage as a fashion photographer and his team try to outwit the creatures.

Starring in this gruesome tale is Sherlyn Fenn, known for her role as Audrey Horne in Twin Peaks, as well as James Remar (Dexter), Ray Wise (Jeepers Creepers 2), Graham Greene (The Green Mile) and Q’orianka Kilcher (Sons of Anarchy).

Synopsis:
As extinction grows closer for many wild animals, a notorious environmental corporation explore genetically modifying animals to survive the extreme climate. A fashion photographer, his crew and their local guides are trapped on location in Alaska after one animal escapes and makes them its prey. Alone in the wild, it seems like they may end up as merely dinner for nature.