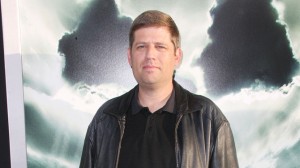 The long awaited trailer for the alienated and mysterious Area 51 from director Oren Peli (Paranormal Activity) has finally arrived, and it’s so frightening, you’ll forget ever wanting to know what’s inside the real place.

Peli started filming Area 51 six years ago, but unfortunately it never reached us then. It has since undergone several reshoots to perfect the disturbing tale of what really lurks in one of the most peculiar places known to man.

The found-footage sci-fi thriller trailer is certainly out of this world and gives us the first look at what secrets may be revealed.

Synopsis:
Three friends and conspiracy theorists decide to uncover the truth behind the most notorious Government location, Area 51. Rumoured to be the holding ground for alien beings and other unimaginable terrors, the trio soon realise that if you go down to Area 51 today, you’re in for a horrific surprise.