Darren Aronofsky + Jennifer Lawrence + horror was enough to cause almost overwhelming excitement when the Black Swan director’s mother! was announced at CinemaCon earlier this year. The reveal was followed in May by a poster but still, precious few details about the film were available. Thankfully though, we now have our first trailer and boy howdy, does it deliver. It’s acutely unsettling (due in no small part to those jabbing strings on the soundtrack), and one of the best horror trailers of the year, for sure.

Aronofsky wrote, produced and directed mother! more or less in secret, with the following synopsis raising more questions than it gave answers:

“A couple’s relationship is tested when uninvited guests arrive at their home, disrupting their tranquil existence.” 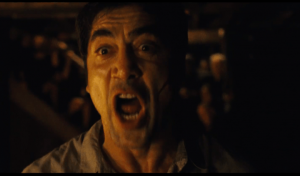 Mother! will hit cinemas on September 15th, having been brought forward from its original October release date.