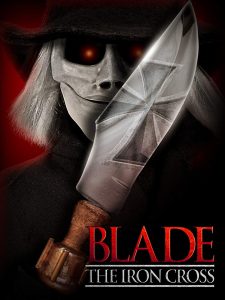 Just in time for Christmas Day, Full Moon Features has released the first teaser trailer for Blade: The Iron Cross, a spin-off of its long-running Puppet Master franchise.

The standalone feature debut of the hook-handed puppet Blade, the film will centre around a murderous Nazi scientist named Dr. Hauser who has created an undead army. After Herr Hauser’s heinous crimes are revealed, Blade is awakened by Elisa Ivanov, a psychic war journalist, kickstarting a bloody journey of revenge.

Blade: The Iron Cross will hit select theatres and VOD platforms in March 2020. Check out the teaser below!