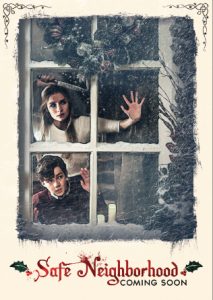 The first images are in for Chris Peckover’s home invasion twist, Safe Neighborhood, and they certainly fit the ‘Home Alone meets Scream’ description billed in the original press materials.

The film, the title of which will presumably undergo a slight spelling tweek (or outright change) for its UK release, stars Olivia DeJonge (The Visit, Scare Campaign) as the babysitter of 12-year-old Luke, played by Levi Miller (Pan). Luke’s parents are played by the ever-awesome Virginia Madsen (Candyman, Sideways) and Patrick Warburton (Bad Milo, Seinfeld).

Set in a quiet American suburb on a snowy evening on the lead up to Christmas, Ashley, the regular babysitter for Deandra and Robert Lerner, has to defend their twelve-year-old son from strangers breaking into the house – only to discover that this is far from a normal home invasion.

Producer Brion Hambel says of the film, “With this stellar group of actors and Chris and Zack’s thrilling script, this promises to be a crazy night for our cast of characters and a crazier ride for the audience.” 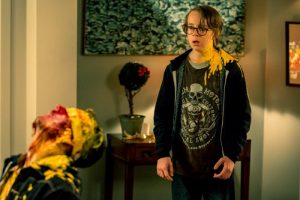 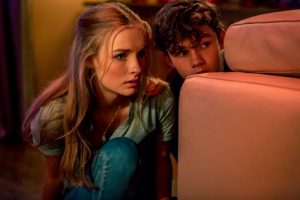