It’s impossible not to be excited for the next offering from director S. Craig Zahler, because he’s crafted a couple of the best, most brutal features of the last decade in Bone Tomahawk and Brawl in Cell Block 99. 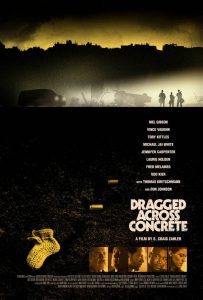 His next film is called Dragged Across Concrete and stars Mel Gibson and Vince Vaughan as police officers that delve into the criminal underworld. We’re expecting the film to be hyper-violent and gritty, but we haven’t even seen any footage yet. I think the title tells us all we need to know about what to expect. Ouch.