More Cannes tid-bits coming in today, with these first images from tough-looking UK thriller Calibre. The film was written and directed by Matt Palmer, and stars Jack Lowden (TV’s The Tunnel), Martin McCann (The Survivalist, The Rezort) and Tony Curran (Underworld: Evolution, Sons of Anarchy). 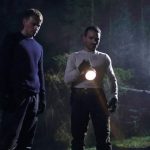 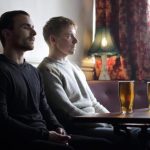 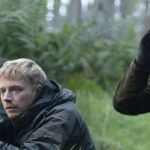 Wellington Film’s Alastair Clark and Anna Griffin are producing Calibre, which centres on the events that befall two friends on a hunting trip. After accidentally killing a local child they decide to cover up their actions, but this ain’t no I Know What You Did Last Summer tale, looking to be an altogether bleaker and more primal affair.

Synopsis:
Father-to-be Vaughn and his lifelong friend Marcus head to an isolated, struggling Scottish Highlands village for a weekend hunting trip. After a first night of heavy drinking with the villagers, the men head out on a misty autumnal morning into a vast forest. When Vaughn tries to shoot a deer, a fatal accident happens. Instead of hitting the animal, his bullet rips into a child in the distance.

The men make the fateful decision to cover up the tragic incident. But piece by piece, their secret unravels as they become stranded in the village and sucked into a never-ending nightmare. As the locals close in on the truth, Vaughn is drawn into a series of increasingly unbearable and impossible moral choices that place both his survival and his family at stake.