FIRST LOOK: THE THING BEHIND THE DOOR 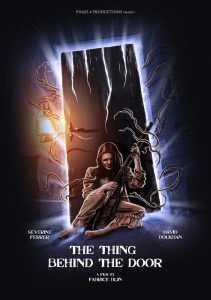 Written and directed by Fabrice Blin, the film follows Adèle, a young woman who turns to black magic to resurrect her husband, who died in the trenches during the First World War. The miracle is possible, but there’s a price for opening Pandora’s box…

The film is shooting for a 2021 festival run. Séverine Ferrer and David Doukhan star.