THR has got the scoop on a new horror anthology entitled Nightmare Cinema, together with the first stills from the film, one of which shows Mickey Rourke as The Projectionist, who orchestrates each of the film’s stories. Set within the walls of the decrepit Rialto Theatre, the anthology features five short films, each from a different genre director. 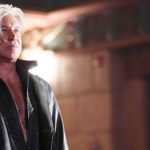 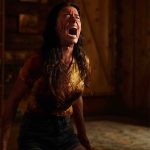 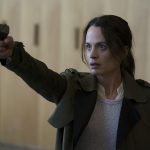 Very much leading the pack is the legend that is Joe Dante (The Howling, Gremlins, The ‘Burbs, Piranha), but the film also features the work of Masters of Horror creator Mick Garris (Critters 2, Sleepwalkers), David Slade (30 Days of Night), Ryuhei Kitamura (Downrange, Versus) and Alejandro Brugues (Juan of the Dead).

Hailing from Cinelou Films, Nightmare Cinema features a group of down-on-their-luck individuals who enter the Rialto to find their deepest fears brought to life onscreen by Rourke’s mysterious, ghostly Projectionist.

Garris is producing via his Nice Guy Productions, together with Cinelou’s Courtney Solomon and Mark Canton, and Joe Russo. Fortitude is handling sales at AFM.