What started as a first date turned into something truly shocking!

The name Christopher Giroux will most likely ring bells for anyone who’s a firm follower of Black Fawn Films, having produced various indie horror flicks such as Bite, Bed of the Dead, Let Her Out and The Heretics. Well, what with Giroux’s short film “Scraps” all set to hit the festival circuit this summer SCREAM is here to provide you with a first look at said project along with its original artwork.

Directed by Giroux (Dead All Night) and penned by and starring Jordan Gray (Bite), “Scraps” echoes the mid-’90s VHS horror era, when youth had secrets that lead to murderous outcomes.

After a successful date, Jessica (Emily Alatalo) and Billy (Jordan Gray) decide they don’t want the evening to end just yet, and agree to head back to Billy’s for a nightcap. On their way home, they run into danger, begging the question, who is the real threat when the truth is revealed?

Commenting on his latest project, Giroux suggested,“If my previous film, ‘Dead All Night’ was a tribute to ’80s action films, ‘Scraps’ is my ode to the ’90s VHS era. When Jordan Gray first brought me the script I knew this was something we could turn into a fun, bloody romp filled with twists and turns!” 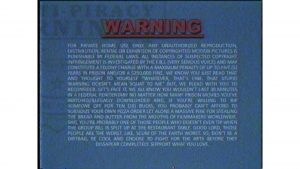 On top of releasing “Scraps,” Giroux is bringing his views on piracy to a new light by adding a tongue in cheek, VHS-inspired piracy warning insert at the beginning of the film. Graphic Artist\filmmaker Sean McLeod, Black Fawn Distribution sales manager C.F. Benner, 920 Films & Giroux teamed up to release this piracy warning to raise awareness within the indie community. As this cause is so near and dear to their hearts, the team has not only included the piracy warning ahead of the “Scraps,” but have also made it available on the 920 Films Vimeo page, for any filmmaker to use licence-free; to encourage other filmmakers to join the fight against online piracy. 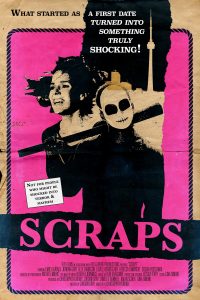