Director Rob Zombie (House of 1000 Corpses) has shared another character reveal from his upcoming movie The Munsters, and this one has us extra excited—because the character is played by the legendary Cassandra Peterson, aka Elvira!

“Straight from the set of The Munsters is your first look at Barbara Carr, the #1 real estate agent in all of Mockingbird Heights,” Zombie explained on Instagram. “Barbara is played by none other the Cassandra Peterson. Yes, the Mistress of the Dark has joined the cast.” 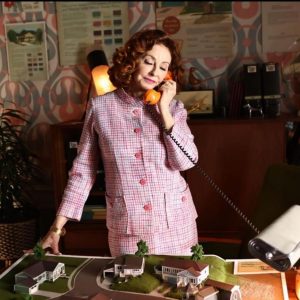