After directing 2015’s Insidious: Chapter 3 and 2018’s Upgrade, Leigh Whannel’s next movie is a remake of the classic Universal monster movie The Invisible Man—and Entertainment Weekly has shared the first images. 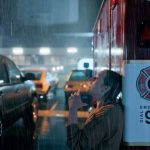 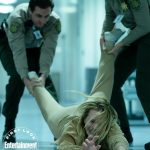 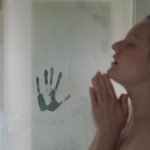 In the film, Elisabeth Moss stars as Cecilia Kass, a woman trapped in a violent and controlling relationship with a brilliant scientist (Oliver Jackson-Cohen). She manages to escape with the help of her sister (Harriet Dyer), their childhood friend (Aldis Hodge), and his teenage daughter (Storm Reid). But after her ex dies in an apparent suicide and a series of deadly coincides start to plague her life, Cecilia starts to suspect that things may not be as simple as meets the eye…

Whannel, who both wrote and directed the film, told Entertainment Weekly that he wanted to make something “really modern, really grounded… that was really tense and scary.” Has he succeeded? You can decide for yourself when The Invisible Man appears in theatres on February 28th, 2020.