The first stills are here from Kicking Blood, a dark vampire comedy premiering at the Toronto International Film Festival this month. 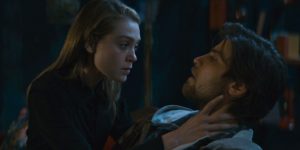 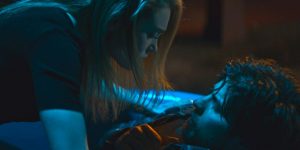 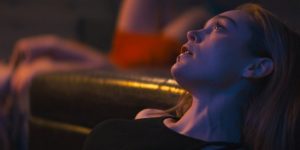 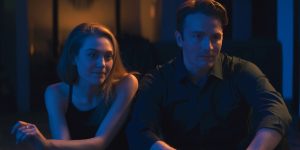 “We wanted to make a meaningful film about the human side of vampires: What do they say about us, about our desires, our appetites, our fears and weaknesses?” explains Thurier, who co-wrote the script with Leonard Farlinger. “Vampires suffer through an eternal cycle of murder, getting high off their victims’ blood, and suffering blood hangovers. But for our protagonist, Anna, the emptiness, loneliness, and futility of immortality surfaces after centuries of bloodshed and she starts on a journey to recovery and back to humanity. Kicking Blood approaches this journey with respect while still reflecting the humour in all of it.”