Rob Zombie has been slowly, but surely, giving us a good look at some of the crazy characters featuring in his upcoming film 31. This new image is of Sick-Head played by Pancho Moler. To put it simply, he looks bloody terrifying. 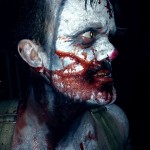 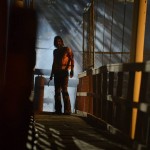 Roscoe (Jeff Daniel Phillips) however, is a good guy. In the image of him he is standing tall and armed, ready to take down the next maniac who gets in his way.

The film itself sounds ridiculously mad and I can’t wait to venture in to Murder World. Luckily, we can watch from the outside and don’t have to worry about Sick-Head, Psycho-Head and all the other Heads hunting us down.