Promising to be a sequel to the Tobe Hooper classic, the Fede Álvarez-produced Texas Chainsaw Massacre is coming our way next year, and Entertainment Weekly has shared the first images from the film! 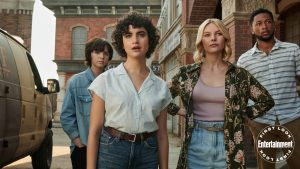 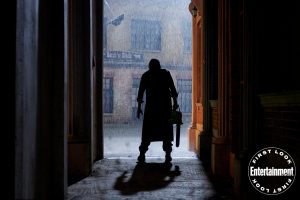 Directed by David Blue Garcia (Tejano) and written by Chris Thomas Devlin, Texas Chainsaw Massacre takes place after the shocking events of the 1974 original, in a setting where Leatherface hasn’t been seen or heard from since. Olwen Fouéré (Mandy) will play Sally Hardesty, with Mark Burnham (Lowlife) playing Leatherface.

“It’s basically the same character, who is still alive,” Álvarez told Entertainment Weekly. “Our take on it was this guy probably disappeared after everything he’s done. You know, how do you catch a guy who has a mask? Once he removes the mask and runs away, it’s very easy for him to hide somewhere. This story will pick it up many, many years after the original story. He’s been in hiding for a long, long time, trying to be a good person. These people arriving in this town are going to awaken the giant.”