ony is preparing to unleash its new live-action movie Resident Evil: Welcome to Raccoon City on November 25th—and the first images from the film spotlight beloved characters from the long-running video game franchise.

Johannes Roberts (47 Meters Down, The Strangers: Prey at Night) wrote and directed the film, which is said to return to the “terrifying roots” of the games. Once the booming home of pharmaceutical giant Umbrella Corporation, Raccoon City is now a dying Midwestern town. The company’s exodus left the city a wasteland, with great evil brewing below the surface. When that evil is unleashed, the townspeople are forever… changed… and a small group of survivors must work together to uncover the truth behind Umbrella—and make it through the night. 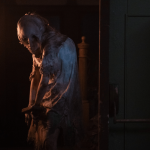 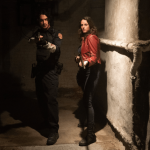 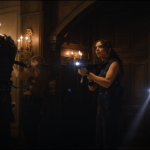 “I wanted to go back to the horror of it all,” Roberts told IGN. “I wanted scares and atmosphere rather than full-on action. I think fans of the game felt the same.”

We sure did, Roberts!