FIRST IMAGES FROM HORROR-COMEDY WEREWOLVES WITHIN

Entertainment Weekly recently shared the first images from Werewolves Within, an upcoming horror-comedy from director Josh Ruben (Scare Me).

Described as both a whodunit and a whatdunit, the film sees shenanigans ensue when a massive blizzard isolates a small Vermont town. This causes simmering resentments to boil over as the oddball townspeople are picked off one by one by a mysterious creature… 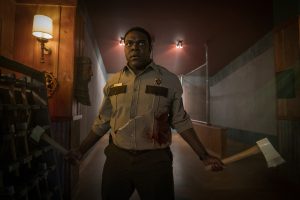 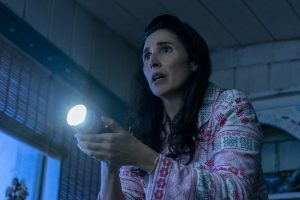 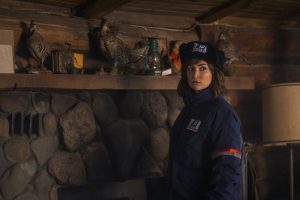 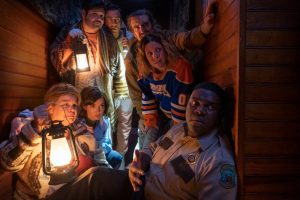 Werewolves Within is based on the Ubisoft game of the same name in which players must decide who among them is a werewolf in disguise. The cast includes Sam Richardson (Promising Young Woman), Harvey Guillén (What We Do in the Shadows), Cheyenne Jackson (American Horror Story), Milana Vayntrub (This Is Us), Michaela Watkins (Search Party), Glenn Fleshler (Hannibal), and Michael Chernus (Orange Is the New Black).

IFC Films plans to release Werewolves Within in limited theatres on June 25th. A VOD and Digital release will follow shortly after on July 2nd.