Well Go USA Entertainment has put out the first few stills from Emperor Motion Picture’s 4K restoration of Ichi the Killer, having acquired the restored film for US distribution. 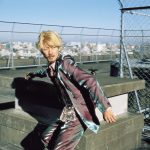 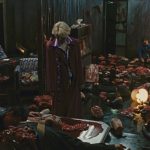 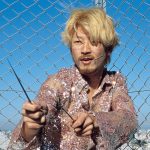 One of Takashi Miike’s most notorious films, Ichi the Killer caused quite a stir upon its 2001 release, its graphic scenes of violence and sadism leading to cuts and outright bans in many countries. Coming two years after the masterful Audition, it also helped to bring the celebrated director firmly to the attention of Western audiences partial to cinema’s more extreme side. The film was originally shot in Beta and later converted to 35mm, meaning the elements were in poor condition. This restoration of Miike’s gore-soaked opus was sorely needed, and the version to be released is also a director’s cut, featuring more gore and brutality! Hooray! 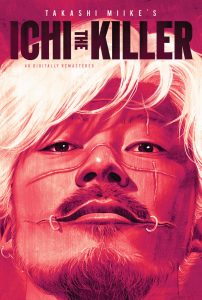 In the film, sadomasochistic Yakuza henchman Kakihara and his goons go in search of their boss, who has disappeared with a lot of money. They soon become the target of Ichi, a deeply sadistic, tortured killer who knocks them off one by one, leading to a showdown with the pain-craving Kakihara.

The restored director’s cut will roll out across selected US cinemas over the next few months. News of a Blu-ray release is expected to follow.