Hot off the successful festival run of his directorial feature debut THE SUBLET (THE RESIDENT here in the UK), Writer/Director John Ainslie is all set to return to the circuit with his latest project “she came knocking”  following the announcement that it will be debuting at The Canadian Film Fest this month of March, before being swiftly followed up with an American Premiere at WorldFest-Houston in April. 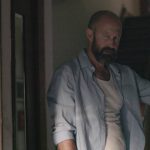 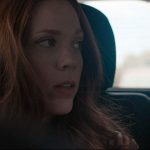 The short film “she came knocking” is a collaboration between Ainslie and Actor/Producer Kimberly-Sue Murray (The Scarehouse) which found the two of them, along with cinematographer Ian Macmillan, pooling resources and favours together to produce this indie project, penned by Ainslie and Murray. With the support of the ACTRA co-op program, the film was shot over a weekend with just five crew members.

Telling the tale of a woman who ignores standard procedures and takes matters into her own hands after witnessing what she believes to be a husband abusing his wife, “she came knocking” is an examination of how we judge guilty parties and an exploration into what one person will do when she perceives that society has turned their back on her. 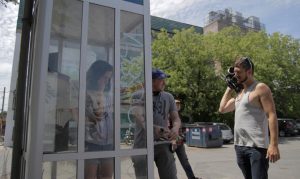 Details on a European and Asian Premier have yet to be announced but we’ll keep you updated as soon as that news rolls out. In the meantime, Ainslie’s feature film The Resident, which Scream praised as being “as unsettling as claustrophobic creep-outs come,” is available to pre-order on Amazon and we’ll leave you with the teaser trailer for “she came knocking” below…

Be sure to keep up to date with all things “she came knocking” over on the official Facebook page.