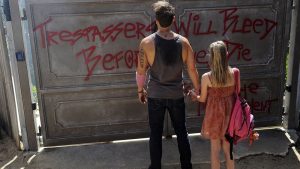 Australian cinema has a storied history of excellence when it comes to dealing with the apocalyptic. When thinking tales of the worlds end from the land down under, George Miller’s Mad Max franchise immediately springs to mind. However, those films deal with the breakdown of society following an event which has ended civilisation as we know it, rather than the imminent arrival of doomsday. In writer-director Zak Hilditch’s These Final Hours, the end is nigh; the story comes from seeing what happens to humanity in the final hours.

When a meteor collides strikes earth and sends a tidal wave of fire around the globe, the people of Perth, Australia are reigning in the end by partying hard and letting go of their primal inhibitions. The looming apocalypse has caused citizens to unleash their most excessive and disturbing desires as they partake in drug use, excessive sex and mindless violence. For James, his main goal is getting to a friend’s party to see out the end of days in a drug-induced haze, but his plans take an unexpected turn when he saves a young girl from a sexual predator. He then sets out to reunite her with her father before the world is engulfed in flames, and somewhere along the way, he embarks on his own redemptive journey.

Those going into These Final Hours expecting a horror film might be disappointed. This isn’t your typical post-apocalyptic fare; come to think of it, it’s actually pre-apocalyptic slacker drama, but that’s irrelevant in the grand scheme of things. That being said, you’d be pressed to find many films out there that are this raw, edgy, provocative and profoundly human. These Final Hours is a rainbow of – mostly negative – emotions, and it’ll tap into your mind and soul in ways only the most honest art can achieve.

The visceral thrills horror films offer are depicted here though, albeit in the most harrowing light imaginable. What’s terrifying about this movie is that it doesn’t seem totally implausible or hyperbolic; you can imagine contingents of humanity behaving exactly like this if they were ever faced with the definitive knowledge of impending doom and no consequences. Here, we only see the godless members of society unravelling, as no one is contemplating trying to make amends with a deity in one last bid to get into paradise. 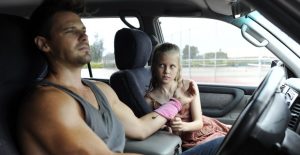 Despite its bleak themes, at the centre of These Final Hours is a message of hope. If you take anything positive from the film, it’s the idea that it’s never too late to make the right decisions; to do the right thing, redeem and love no matter how fractured the situation might be. However, if anything, it’ll make you appreciate what you have a whole lot more. The end could arrive tomorrow, so don’t waste today. In a nutshell: These Final Hours is a masterpiece, and one of the most human cinematic experiences you’re likely to experience for quite some time.