M. Night Shyamalan has tweeted a picture that announces the beginning of production on Glass, the director’s sort-of sequel to both Unbreakable and last year’s Split, noting that the film is “…Seventeen years in the making.” 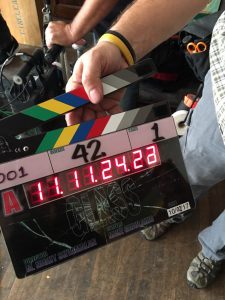 Shooting began in Philadelphia on Monday, coinciding with the news that Disney is joining with Universal to distribute the film, with Universal handling a US release and Buena Vista distributing internationally.