The director of 2014’s terrifying Evil Dead remake and 2016’s excellent horror-thriller Don’t Breathe, Fede Alvarez, is being eyed by Sony to direct an adaptation of The Girl in the Spider’s Web. The adaptation will be based on the novel of the same name written by David Lagercrantz; the first Girl novel not to be written by Stieg Larsson, who sadly passed away from a heart attack in 2004. He didn’t live to see the success of his trilogy.

The Girl with the Dragon Tattoo was adapted by David Fincher in 2011, but its lack of box office success lead Sony to step back from the franchise. If this film goes ahead it’s unlikely that Rooney Mara, the Lisbeth Salander of Fincher’s film, or Daniel Craig, who played Mikael Blomkvist, will return. A while back rumours circulated that suggested Swedish actress Alicia Vikander was in talks to portray Lisbeth. If this film does well it could lead Sony to bring the stories of The Girl Who Played with Fire and The Girl Who Kicked the Hornet’s Nest to the big screen and that would be amazing.

As a huge fan of the Millennium franchise and Fede Alvarez, I th 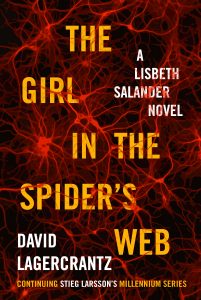 ink this is extremely exciting. My only fear is that the film will struggle to streamline an audience; the novel wasn’t overly praised when it was released in 2015 and it’s clear that audiences aren’t too interested in seeing Lisbeth on the big screen. There are already great Swedish film adaptations of the first three novels, so perhaps audiences aren’t interested in an English-language version. Whatever happens, this is quite a risk for Fede Alvarez who has proved to be a fantastic director of horror. If the film flops, hopefully it won’t hinder Sony’s faith in him and prevent him from bringing further horror stories to our screens.

Steven Knight, the writer of Eastern Promises and World War Z 2 has penned the script and The Girl in the Spider’s Web is looking to get off the ground ASAP.