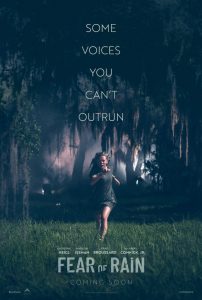 Lionsgate has dropped an official teaser trailer for Fear of Rain, an upcoming horror-thriller written and directed by Castille Landon.

In the film, a teenage girl living with schizophrenia struggles with vivid and terrifying hallucinations as she begins to suspect her neighbour has kidnapped a child. As her parents try desperately to help her live a normal life without exposing their own tragic secrets, the only person who believes her is Caleb—a boy she isn’t even sure exists.

Fear of Rain hits Digital Demand on February 12th, with a Blu-ray and DVD release following just a few days later on February 16th. Soak up the creepy teaser below!