With a heavy heart we had to bid “hasta la vista” to Bilbao’s FANT 21 on Friday night (15 May) but the concluding awards ceremony was the perfect send off to what has been a memorable and record-breaking event.Hans Petter Moland’s In Order of Disappearance (Kraftidioten) garnered the most acclaim, taking home the Best Film, Best Screenplay and Most Innovative Direction awards. This year’s jury consisted of veteran French actor Dominique Pinon, Catalan actress Aina Clotet and CEO of the Spanish magazine Cinemanía, Carlos Marañón.Further to a garrulous deliberation process the trio opted for In Order of Appearance given the film’s deftness in “transporting the thriller genre into surreal territory whilst injecting a healthy dose of dark humour.”The Best Screenplay award was presented by the Basque Screenwriters’ Association, whilst the Award for Most Innovative Direction was presented by Cine Club FAS.The best short film honours went to Marc Martínez’ “Caradecaballo” (Horseface) which the jury praised, describing how, “with the use of minimal yet powerful scenes, Horseface manages to create such an eerie yet close to home atmosphere.”

Khris Cembre’s animated short “Viaje a Pies” took home the Best Basque Short Film Award thanks to its “sophisticated blend of an appealing plot, intricate textures and fantastic dubbing work”.Each year FANT’s audience cast votes on their favourite shorts and it was Nassos Vakalis’ animated film “Dinner for Few” that came up trumps.Finally, the prestigious Fantrobia award, presented in recognition of a filmmaker’s work, went to screenwriter Hatem Kraiche (The Returned).The ceremony culminated in a screening of Eduardo Casanova’s particularly outlandish, bawdy and categorically controversial short film “La Hora del Baño” (Bathtime) and an exclusive and intimate screening of Gonzalo Benzala’s feature “Asesinos Inocentes” (Innocent Killers) attended by Benzala himself alongside the cast members Maxi Iglesias, Aura Garrido, Luis Fernández, Javier Hernández and Alvar Gordejuela.I’d like to take this opportunity to convey my gratitude to the entire FANT Bilbao organisation for their kind and caring collaboration throughout the festival and I am already anxious for next year’s event.

It has since been made official that this year’s festival welcomed a grand total of 8,891 festivalgoers, marking a 20% increase on 2014’s attendance figures (7,429) and virtually a 40% increase on 2013’s figures (4,938). The attendance boost has been staggering to say the least, and I’m certain this time next year we’ll be reporting how FANT Bilbao comfortably breaks the 10,000 attendee barrier.

We’ll leave you with a video of the highlights of the jury’s press conference and a rundown of the entire list of FANT 2015 winners: 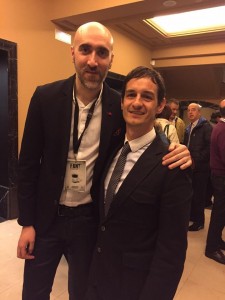 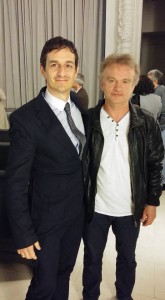 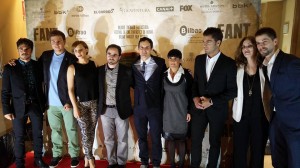 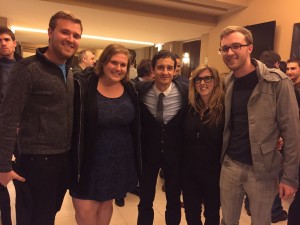 Best Short Film as Chosen by the Jury:

Best Basque Short Film as Chosen by the Jury:

Best Short Film Voted for by the Audience:

“Dinner for Few” by Nassos Vakalis

(AWARDED BY THE BASQUE SCREENWRITERS ASSOCIATION)

“In Order of Disappearance” by Hans Petter Moland

AWARD FOR MOST INNOVATIVE DIRECTION

“In Order of Disappearance” by Hans Petter Moland