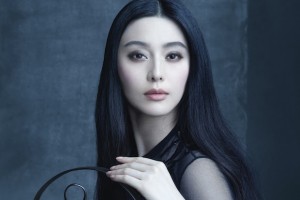 The Chinese actress Fan Bingbing has joined the cast of Meg, a giant shark movie that is being directed by Jon Turtletaub (National Treasure, The Sorcerer’s Apprentice). You may recognise Fan as Blink from X-Men: Days of Future Past, who has the ability to teleport.

The film has already been through its fair share of ups and downs; it was initially set-up back in 1997, but failed to get into production before Deep Blue Sea. It was then left in limbo, before Eli Roth was rumoured to be directing last year. However, he dropped out a few months later when Warner Bros suffered disappointing box office numbers with Pan, The Man from U.N C.L.E. and In the Heart of the Sea. The studio opted for a different direction, snatching Turtletaub who already has experience working with studios on CGI-driven flicks.

Hopefully Meg will finally get its chance to soar above the seas when it is released on 18th March 2018. The synopsis is as follows:
An international underwater observation program, led by Chinese scientists, is under attack by an unknown danger, and its deep-sea submersible lies disabled and trapped at the bottom of the Mariana Trench. With time running out, former Naval Captain and expert deep sea diver Jonas Taylor (Statham) is recruited by Dr. Zhang Suyin, lead oceanographer of the program, for what is likely a suicide mission.

Years before, Taylor had encountered this same terrifying threat, which forced him to abort his mission and abandon half his crew, resulting in disgrace and a dishonourable discharge. Now, Taylor must confront his fears and risk his own life to save everyone trapped below … bringing him face to face once more with the apex predator of all time.