Face Yourself in Trailer for Found Footage Flick RWD

Available On Demand from Friday 14th October is high-concept found footage nightmare RWD. Check out the trailer below; it looks like anything but just another found footage flick.

The film put in a decent festival run in 2015, beginning with its premiere at the Arizona Underground Film Festival in September. It is directed by Matt Stuertz, the man behind hotly tipped revenge slasher Tonight She Comes, and who also stars, alongside Adam Hartley (The Slender Man). The duo also wrote the film. 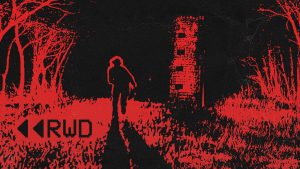 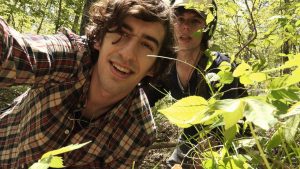 Chris Lipscomb (Hartley) and Ricky Nicolas (Stuertz) are the stars and cameramen of the ‘popular’ paranormal reality series ‘Ghost Goofs.’ In their final episode, they plan to journey deep into the legendary Brut Woods in search of a malevolent and murderous spirit that has haunted the grounds for the past century. But when they arrive, they find something much worse… themselves.

RWD is released through Osiris Entertainment.