February sees the launch of ARROW – a superb new streaming site for exclusive film premieres, cult and arthouse classics, and critically acclaimed TV from all over the world. It’s an absolute must for connoisseurs of the finest in screen entertainment.

ARROW will also strive to debut the very best in new releases each month, with the exclusive world premiere of Adam Stovall’s festival smash-hit A GHOST WAITS this February. New titles already available include the extraordinary documentary THE EL DUCE TAPES and slow-burn horror standouts THE BLOODHOUND and AFTER MIDNIGHT. Future debuts will see the exclusive premiere of the sensationally shocking THE STYLIST in March, whilst must-see film documentary CLAPBOARD JUNGLE will debut on the platform in April.

Expanding beyond the Arrow Video label, ARROW will feature the very best international cinema and TV, such as Giuseppe Tornatore’s CINEMA PARADISO, and outstanding crime series GOMORRAH and THE BRIDGE; as well as brand-new short films from upcoming filmmakers, original ARROW productions, and curated seasons. ARROW’s Digital Deluxe editions include rarely-seen and newly-created extras and exclusive interviews, to give audiences a deeper enjoyment of the films they love, while ARROW Essentials makes navigating through the world of ARROW much easier with collections based on genre, decades and theme; and ARROW Stories takes a fresh look at the world of film and TV with exclusive documentaries, interviews and video essays digging deeper into the many curated seasons and titles on the platform for a much richer and deeper viewing experience.

With a slickly-designed and user-friendly interface, and an unparalleled roster of quality content from westerns to giallo to Asian cinema, trailers, Midnight Movies, filmmaker picks and much much more, ARROW is the place to go for the very best in on-demand entertainment.

FEBRUARY HIGHLIGHTS
EXCLUSIVE PREMIERE: A GHOST WAITS
An ingeniously unique and unpredictable combo of horror, humor and heart, A GHOST WAITS is a DIY labor of love years in the making from first-time writer/director Adam Stovall and producer/star MacLeod Andrews. From its opening spectral assault to its achingly poignant conclusion – as well as a witty depiction of afterlife bureaucracy in the vein of Beetlejuice and A Matter of Life and Death – A Ghost Waits has shocked and surprised audiences around the world, and now makes its home video debut stacked with insightful bonus features that take you inside the process of creating this phantasmagorical monochrome marvel.

LARS VON TRIER SEASON
ARROW showcase some of most remarkable works of the controversial, iconic and ground breaking filmmaker Lars Von Trier, including BREAKING THE WAVES, which stormed the Cannes festival, launched Emily Watson’s and Von Trier’s careers; the extraordinary, utterly unique examination of depression in MELANCHOLIA; the prude baiting epic NYMPHOMANIAC PARTS 1 AND 2, featuring bold performances from Willem Dafoe and Uma Thurman; and, THE HOUSE THAT JACK BUILT, where Von Trier elicited a career best performance from Matt Dillon as an architect / serial killer with OCD, in an intense and personal, and blackly hilarious film that seems to dovetail all of Von Trier’s themes and obsessions up to this point, into an epic masterwork of modern cinema.

[REC]
28 Days Later meets The Blair Witch Project as a mysterious virus turns the inhabitants of an apartment building into a horde of frenzied, bloodthirsty ghouls in [REC] – the original 2007 “found footage” phenomenon that spawned a hit franchise and US remake. Fusing the zombie genre with the “found footage” format to throw the audience right into the midst of the action, [REC] is a terrifying, relentless rollercoaster ride which builds to one of the horror genre’s all time bone-chilling climaxes.

JODOROWSKY SEASON
Alejandro Jodorowsky is one of world cinema’s most fabled iconoclasts. Often venerated as the ultimate cult film director, the Chilean artist shot to prominence as a 1970s counter-cultural icon thanks to the masterful movies presented on this collection: FANDO Y LIS, EL TOPO and THE HOLY MOUNTAIN. These extraordinary films, presented here alongside his stunning new film PSYCHOMAGIC, bedazzled audiences with their unique aesthetic, contrasting violence and beauty; the sublime and the sacrilegious; the mystical and the macabre.

WILD TALES
If you have ever been frustrated by bureaucracy, aggravated by bad drivers or wished you could take revenge on those that have wronged you, Damián Szifron’s dazzling film is for you. Across six stories of apocalyptic revenge, WILD TALES depicts how modern life and human relationships can drive us mad, behave out of character or seek retribution. By turns shocking, hilarious, violent and preposterous, the Oscar-nominated WILD TALES is one hell of a thrill ride produced by Pedro Almodóvar.

13 ASSASSINS
Takashi Miike’s 13 ASSASSINS is a masterpiece of Japanese samurai cinema that pays homage to the classics of the genre, while being a wild and bloody assault on the senses in a way that only Miike could achieve. A remake of the 1963 film, this is a breathless, carnage-packed two hours of pure adrenalised cinema, featuring a splendid central performance from Koji Yakusho as the swordsman on a suicide mission.

DEMONS 1 & 2 in 4K UHD
On February 22nd, the classic Italian horror DEMONS (1985), and the sequel DEMONS 2 (1986), arrive on ARROW in stunning 4K UHD. The gruesome fan favourite frighteners, directed by Lamberto Bava and produced by Dario Argento, have never looked better in these brand new restorations, with bloodthirsty creatures running amok in a cinema in the first film, and inside a luxury apartment block in the second.

Where to get it
Try the alternative – head over to ARROW and start your 30-day free trial. Available in the UK from February 1st 2021 on the following Apps/devices: Roku (all Roku sticks, boxes, devices, etc), Apple TV; iOS devices, Android TV and mobile devices, Fire TV (all Amazon Fire TV Sticks, boxes, etc), and on all web browsers at www.ARROW-Player.com.

Subscriptions are available for £4.99 monthly or £49.99 annually 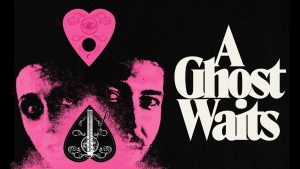 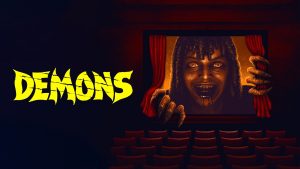 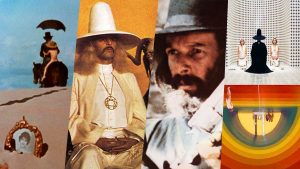 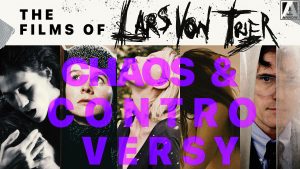 About ARROW
From Arrow Films, a recognised world-leader in curation and creation, ARROW [formerly known as ‘Arrow Video Channel’] is a premium platform giving you an unparalleled viewing experience across multiple devices, so you can explore the films and TV shows that the Arrow brand is famous for.

Specially curated by members of the ARROW team, ARROW will be home to premium film and TV entertainment, exclusive new premieres, cutting edge cinema, international classics and cult favourites – such as the works of Lars Von Trier, Brian De Palma, Dario Argento, David Cronenberg and Park Chan-wook – plus the very best in acclaimed TV series, including The Bridge and Italian crime series Gomorrah, and brand-new short films from both new and established filmmakers. In the coming months, ARROW will be adding Oscar-winning hits, European classics, Asian cinema masterworks, rediscovered Westerns, offbeat gems and much more, along with such festival favourites Clapboard Jungle and The Stylist as part of ARROW’s international strategy to support and celebrate the medium of film.

ARROW will also be home to ARROW Stories – an ever-growing collection of interviews, trailers, documentaries and additional extras, newly created just for the service and from its extensive archives. The service will be updated regularly with fresh content, new curation focuses and never-before-seen content, all selected by the ARROW team as well as the filmmakers themselves. With a slickly designed and user-friendly interface ARROW is the new alternative place to go for the very best in On-Demand entertainment.