The Expendables Scribe to Write The Wolf Man

Well, this is interesting. The writer of The Expendables franchise, Doom and Godzilla (2014) has signed on to write the script for Universal’s upcoming reboot of The Wolf Man. It’s certainly an intriguing choice and suggests that The Wolf Man will be opting for a more comedic and action-packed style, rather that the horror tone we might have been expecting. Of course, we can’t jump to conclusions, because this is a monster movie and hiring the writer of Godzilla – a monster remake itself – is a good move. 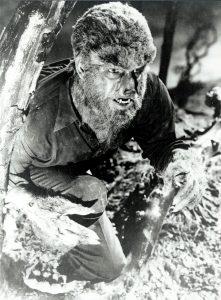 Callahan is also the scribe of the upcoming sequel Zombieland 2 and the Mortal Kombat film, so he appears to be dabbling in fantastical, horror, action, adventure and comedy genres, so he could be the perfect choice for a reimagining of The Wolf Man. No director has been attached to the project yet, but Aaron Guzikowski (Prisoners) wrote the first draft of the script, so we shall see what Callaham does with it.

Whatever happens, this Universal reboot of its monster movies is getting increasingly interesting; we can’t wait for them to be unleashed on the big screen.