Back in February, we brought you an exclusive selection of stills and behind the scenes photos from Marcel Walz’ PRETTY BOY, the follow to 2019’s fun, gory and creepy BLIND. Today we’re exclusively revealing the official poster for the film together with another selection of stills.

With Walz back in the director’s chair and Joe Knetter returning for writing duties, PRETTY BOY will be a direct sequel but very different in tone. Commenting on the film, Knetter said, “BLIND is our version of a slow-burn ’70s style drama/suspense film. PRETTY BOY is a total ’80s horror slasher.”

Were still waiting impatiently for a release date but in the meantime, we’ll leave you with the aforementioned poster and brand new stills. 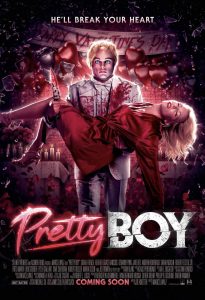 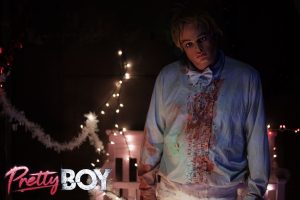 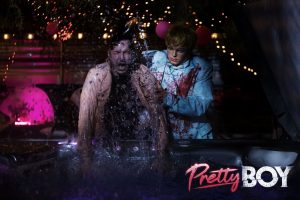