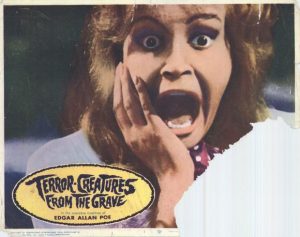 ‘5 tombe per un medium’ is a monochrome Gothic from director Massimo Pupillo, with Barbara Steele bringing the marquee value. It’s 1910, and Walter Brandi is a lawyer summoned to the mansion of the Hauff family to read the will of their deceased patriarch, only to discover from his daughter (Mirella Maravidi) and widow (Steele) that Old Man Hauff actually died a year previously. However, there’s dead and there’s “dead” when it comes to these affairs, and it comes as little surprise when we find that he’s quite literally still there in spirit.

Y’see, turns out that in life the late Hauff was an accomplished spiritualist, with the power to the raise the malevolent spirits of ‘plague spreaders’, some lovely chaps who in the middle ages infected everyone they could with the Black Death out of pure spite. ‘Jesus, why the fucking hell would anyone want to do that?’ you may reasonably exclaim at this point. Why to use them as the instruments of his revenge, of course, on those on the estate who caused his untimely death, including his not-so-loving second wife, Steele. 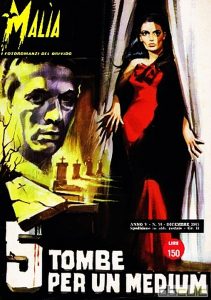 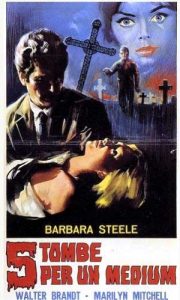 Although something of a slog for its first half, TERROR-CREATURES actually works reasonably well within its low-budgeted limits, it’s undoubtedly a ‘second tier’ Italian Gothic and certainly one of  the lesser Steele entries. The plague spreaders concept is actually a pretty damn creepy one when you think about it, but we never get to see much of them: a rotten hand here and shadow there is all we get. The film is surprisingly brutal for the time, though, opening as it does with some poor sod getting repeatedly kicked around the head by a horse.

It must be said that Brandi (AKA Brandt), who played the titular revenant in Piero Regnoli’s THE PLAYGIRLS AND THE VAMPIRE, is far from the world’s most mesmerising leading man and Maravidi has much more screen time than the infinitely more engaging Steele – by virtue of being the ‘nice girl’ and presumably far less expensive by the hour. Alfredo Rizzo (AKA Alfred Rice) is also on hand to add to his CV of turgid performances. However, seeing as he went on to to direct THE BLOODSUCKER LEADS THE DANCE we should think ourselves lucky that he’s in front of the camera on this occasion. It’s always comforting to see Luciano Pigozzi around, though. 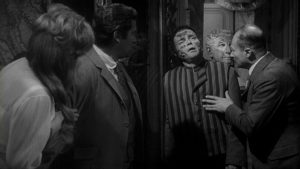 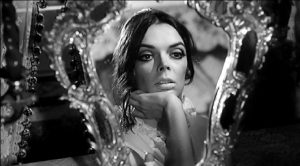 To be fair, the fact that the current available DVD versions force one to watch the film through a layer of murk makes a proper evaluation problematic. Pupillo was unhappy with it, passing on the director credit to producer Ralph Zucker, who directed additional scenes for the American cut, although Brandi once claimed Zucker actually directed the whole thing. Whatever the case, it’s at least worth a look for Euro Gothic and Steele devotees – who will of course check it out anyway if they’re worth their salt.