Also known by the equally crap title of ‘Horror’, The Blancheville Monster is a lesser known monochrome Italian Gothic, the first and only sixties foray into the genre by Alberto De Martino. The director’s output in that fine filmic decade mainly consisted of westerns, spy films and pepla, and he’d only be called upon to dabble in horror again in the following decade with The Antichrist (1974) and Holocaust 2000 (1977), on the coattails of The Exorcist (1973) and The Omen (1976) respectively. 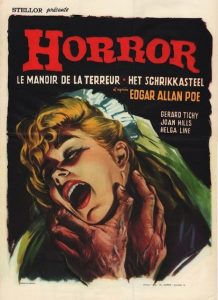 However, this one is also notable for marking the first genre appearance of the striking German actress Helga Liné, who’d be seen in many a Spanish and Italian horror entry up until the early eighties. She’s perhaps now best known for her appearance in late night TV favourite Horror Express (1972).

When Emily (Ombretta Colli) returns to her ancestral home with some friends she finds that’s it’s all change at le Château de Blancheville. She already knew that her father had died in a fire in her absence, but also finds that there are new servants, including Liné as the sinister ‘Miss Eleonore’, and a new family physician, the shifty Doctor Lerouge (Leo Anchóriz). The only familiar face is that of her brother Rodrigue (Gerard Tichy), now the lord of the manor.

However, it soon transpires that her father is not in fact dead, but hidden away in the upper reaches of the castle, hideously disfigured by the fire and stark, raving bonkers. To make matters worse, it turns out that old man de Blanchville believes the family is in the grip of a curse, which can only be negated if the youngest female in the line – yep, Emily – is killed before her 21st birthday. Which is mere days away… 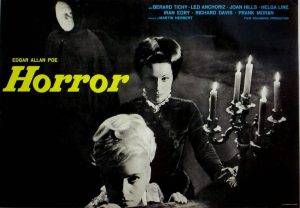 The film’s credits and advertising material make play on this being based on the work of Poe; it isn’t, unless featuring a premature burial at one point, a dream sequence, and a brother going mad can qualify a film as such. Clearly this is just an attempt to cash in on the popularity of Roger Corman’s adaptations, but seeing as this was the basis of many a fine Italian Gothic we shouldn’t hold that against it. The film has TWO Vincent Price-esque figures in the forms of Tichy and Anchóriz, with the latter just about winning out in the lookey-likey stakes. Helga Liné was possibly intended as the film’s scary-sexy Barbara Steele figure.

There are no standout performances as such, and no dialogue rising above the merely serviceable, but where Blanchville does win out is in its wonderful, if completely clichéd, Gothic ambiance. De Martino really employs the castle to great effect, along with a ruined abbey that was later used in Tombs of the Blind Dead (1972), and at times the cinematography almost rivals Bava in its use of light and shadow. Almost. 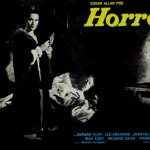 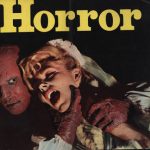 Although one of the producers, Natividad Zaro, seems to have had some input, the hackneyed screenplay was supplied by none other than brothers Sergio and Bruno Corbucci (conjoined in the credits into ‘Gordon Wilson Jnr’) and Giovanni Grimaldi, the same team as on Antonio Margheriti’s far superior Castle of Blood (1963) in the following year. Sergio, of course, would hit big with Django in ’66.

Worth a look for the devoted, but don’t expect anything too special. Expectations thus managed, stick it on as the first part of a double bill or on a hungover Sunday morning.