Regular horror screenwriter and Oscar-nominee Eric Heisserer (Final Destination 5, Lights Out, Arrival) has hopped on board to executive produce supernatural TV series The Scrawl. It is to be the first TV project from the newly-launched company Penchant Entertainment.

Founded by Erin Eggers, Chase Hudson and Matthew Porter, Penchant was established with plans to produce two to three feature films annually for multiple platforms, and two to four scripted TV projects for network and non-traditional outlets, according to Variety.

The official word states: “The Scrawl is a one-hour drama series written by Heroes Reborn scribe Zach Craley, exploring the aftermath of collective negativity giving birth to an actual monster. The project is based on the South Korean movie Killer Toon.” 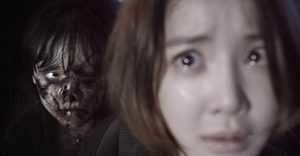 Released in 2013, Killer Toon tells the story of a web comic artist who becomes the chief suspect in a murder case after her work provides the inspiration for a series of killings.

Penchant developed The Scrawl and will executive produce along with South Korea’s CJ Entertainment, who released Killer Toon.