With Rolfe Kanefsky’s supernatural shocker The Black Room primed for its April 28th LA release and subsequent home video appearance, Cleopatra Films have put out this set of stills, and they don’t hold back on the demonic goodies.

Species star/‘90s icon Natasha Henstridge and Lukas Hassel star as a newly-married couple whose new house is home to a malevolent spirit that feeds off sexual energy. The cast is littered with familiar genre faces, including the reliably ace Lin Shaye (A Nightmare on Elm Street, Insidious), Face/Off’s Dominique Swain, Augie Duke (Spring), Tiffany Shepis (Tromeo and Juliet, Tales of Halloween) and Elissa Dowling (Starry Eyes, We Are Still Here).

A supernatural tale where evil takes on a sexy side. A married couple moving into their new home is faced with an entity that feeds off lust and desire, corrupting and/or killing everyone in its path as it plots a horrifying plan to destroy the world. 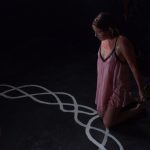 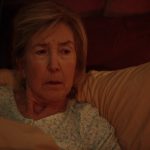 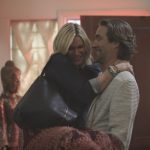 The Black Room opens at LA’s Music Hall Theater on April 28th, following on iTunes and VOD May 9th and on DVD and Blu-ray June 18th.