An upcoming yuletide flick introduces us to a new Christmas Elf, but it’s not a former SNL man running around New York acting like a child; it’s a malevolent little doll ready to unleash fury and bloodshed over the festive season. Below you can check out the trailer for The Elf, which Uncork’d Entertainment are bringing our way in November.

The film comes from writer-director Justin Price, whose The 13th Friday is released this month, also from Uncork’d. It stars Natassia Halabi, Gabriel Miller, and Lassiter Holmes, who also appeared in Price’s The Cloth.

With 2017 having seen the return of both Annabelle and Chucky, plus the various new Puppet Master films coming soon, it seems an ideal time for a nasty take on the old ‘Elf on the Shelf’. 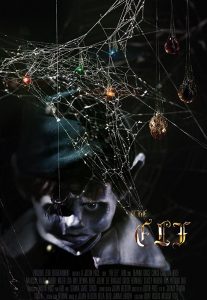 Synopsis:
Nick (Miller) is haunted by night terrors stemming from a tragic murder he saw when he was young. After inheriting an old toy shop, Nick discovers a cursed elf doll sealed inside an ancient chest with a naughty list of his family’s names written on it. He soon discovers that the elf was an evil conduit meant to unleash a supernatural killing spree during the Christmas holidays by whoever set it free…

The Elf will be decking the halls with blood on VOD from November 7th, before arriving on DVD on December 5th, just in time to ruin your Christmas.