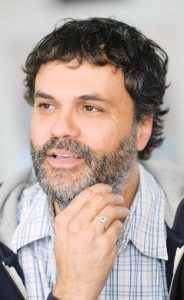 The Blair Witch Project and Lovely Molly director Eduardo Sanchez is working on his next project titled Sinkhole 2 for On Deck Films. Described as a comedy-horror, the film will follow ravenous monsters that appear from angry sinkholes in a small town. The film has been co-written by Sanchez and his long-term collaborator Jamie Nash (Exists, Lovely Molly), who also co-wrote the Clown-pire horror-comedy The Night Watchmen for On Deck Films.

Synopsis:
Angry sinkholes attack a small, nondescript town, engulfing people and buildings one by one. These ravenous monsters appear without warning, sucking terrorised townsfolk (including a former-porn-star-turned-reality-show-celebrity) into oblivion. Enter a seismological specialist with a secret past, hell-bent on revenge. He joins forces with the local sheriff, who is on a personal mission to save his own daughter and town. Can this unlikely duo abort these monstrous cracks of death? Will our heroes survive overwhelming forces of nature with potentially explosive consequences? Can they combat a sceptical mayor with ulterior motives who will stop at nothing to serve his own selfish gains? 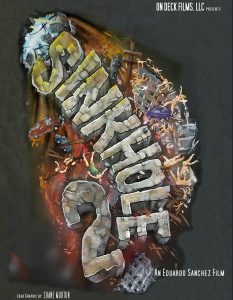 We’re particularly intrigued by Sinkhole 2 , because it has been described as a cross between Airplane, The Naked Gun, Earthquake, Jaws and Tremors. What a combination! The film will pay homage to classic sci-fi, horror and disaster films, which sounds right up our street.

These are only very early details, so expect to hear more about the film soon!