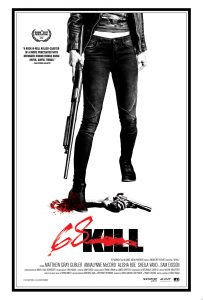 With Trent Haaga’s festival hit 68 Kill hitting VOD in the US on Friday, a few new stills from the ultraviolent road movie have emerged, together with a great new poster (right).

Former Troma mainstay Haaga has scripted a number of films since his days with the near-legendary indie studio, including Deadgirl and Cheap Thrills. 68 Kill marks his second directorial outing but, going by its reception, it certainly won’t be his last.

An adaptation of Bryan Smith’s novel, 68 Kill stars Matthew Gray Gubler (Excision, Life After Beth) as Chip, who goes along with a series of increasingly bad deeds and a road trip from Hell after agreeing to help his violent, nihilistic girlfriend Liza (The Haunting of Molly Hartley’s AnnaLynne McCord) steal $68,000.

68 Kill had its world premiere at this year’s SXSW festival, where it drove away with the Best Midnighter Audience Award. London’s Frightfest will play host to the film’s European premiere on Friday, 25th August. 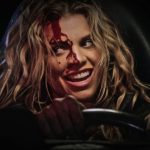 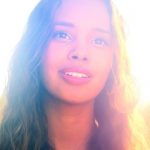 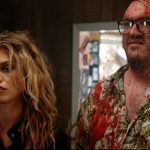 “Trailer-dwelling, sewage-pumping Chip may not lead the most glamorous life, but he’s got one thing going for him: he’s head over heels infatuated with his girlfriend Liza. He’s more than willing to overlook her wild streak—the fact that she’s hooking up with their landlord; her rather extreme mood swings —so when she proposes a plot to steal $68,000, he goes along with the plan. But when what was supposed to be a simple heist turns into an off-the-rails, blood-spattered crime spree, Chip learns the hard way just how deranged the love of his life really is. The new film from Troma alum Trent Haaga blends wicked comedy with pure pulp thrills for a no-holds-barred blast of insanity.”