Synopsis:
Drew: Man Behind the Poster is a fascinating insight to the life and work of one of the world’s most prolific illustrators, Drew Struzan.

The name Drew Struzan may or may not ring a bell with cinephiles across the globe, but if you’ve ever seen Blade Runner, Back to the Future, *Batteries Not Included, Hellboy, The Goonies or The Thing, then you have probably seen his work. Struzan is one of the planet’s most prolific movie poster illustrators and has been hailed as a creative genius for his truly outstanding poster designs and MAN BEHIND THE POSTER is a documentary directed by Erik Sharkey which examines Struzan’s life and his outstanding body of work.

Featuring interviews with actors, filmmakers, his family and his work colleagues, Man Behind the Poster is a truly fascinating insight into one of the world’s most beloved poster artists. In the documentary Steven Spielberg, Guillermo del Toro, Harrison Ford, Michael J. Fox and many other iconic actors and filmmakers give testament to Struzan and speak fondly about their experience working with the artist and how his work inspires them.

The film also serves as a biographical piece and discusses the development of his career from his graduation from the Art Centre College of Design in California where graduated with honours to his early career where he was literally struggling to make things meet financially. The film continues and looks at the time his career took flight after creating the album cover artwork for Alice Cooper’s ‘Welcome to My Nightmare’ before he went on to create some of the most iconic posters in celluloid history.

As director Erik Sharkey delivers a fascinating documentary that works on many levels. It is a heartfelt film showing Struzan’s development from a starving artist to a masterful artist creating some of the most loved pieces of art that have ever existed. With interviews from the man himself, the film promotes Struzan’s peaceful, humble and incredibly nice personality but it also runs with a commentary about the studio mentality of profit over quality which is unsurprising but incredibly tragic.

Highlights of the documentary include George Lucas discussing his admiration of Struzan’s series of Star Wars posters Harrison Ford discusses his love for the work Struzan did for the Indiana Jones franchise and Michael J Fox lovingly describes how truly special the posters for the Back to the Future trilogy are.

I really enjoyed this one. It provided a keen insight into the life of a man that I vastly admire for his morals and for his art. So if you’re a fan of his work or want to see a solid documentary that remains engaging throughout then you should check it out. 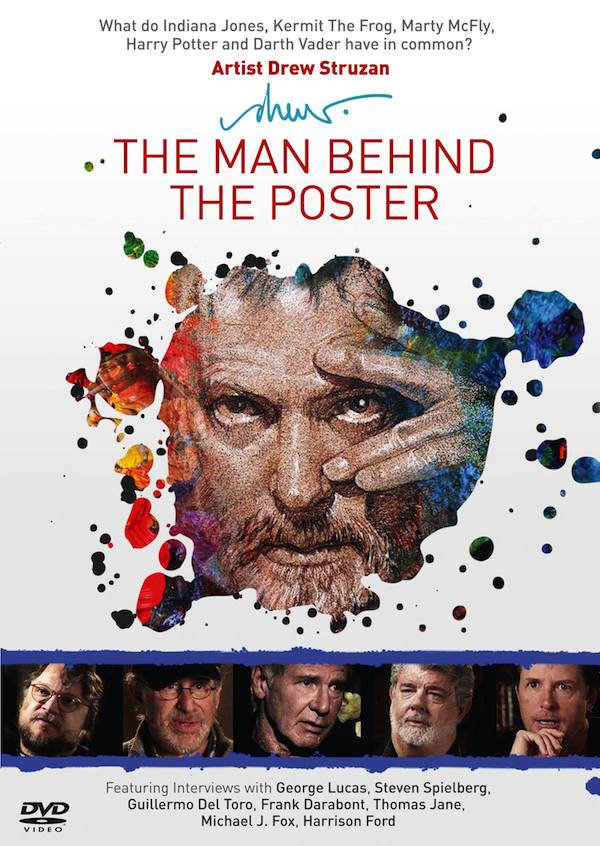