Drew Goddard to Direct Bad Times at the El Royale

Drew Goddard is set to direct his second feature film; after his debut directing the fantastic Cabin the Woods in 2014, all eyes are on Goddard to see what he’ll be doing next. The film, titled Bad Times at the El Royale, is currently being kept under-wraps, so we can’t share any plot details with you. However, we do know that Goddard has written the script and will produce the film, as well as direct it. 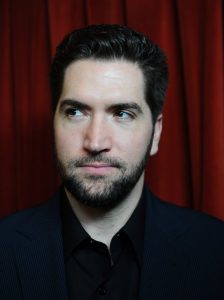 This may only be Goddard’s second endeavour as a director, but he has penned a few of the most impressive films of the decade. As well as the upcoming Sinister Six, Robopocalypse and Deadpool 2, Goddard has written World War Z, The Martian and Cloverfield.

Bad Times at the El Royale is being described as a “contained thriller” with either sci-fi or horror elements. We know which one we’re hoping for…