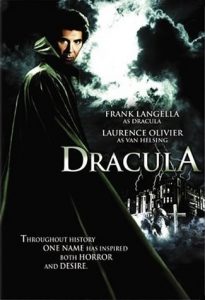 What does a director do after helming one of the most unexpectedly successful disco movies of all time? This was John Badham’s conundrum following Saturday Night Fever’s triumph in 1977/ 78, and the answer was simple: adapt a big screen version of Bram Stoker’s Dracula. Not a novel option considering how many versions had already come before it and in retrospect Badham’s adaptation is far from financially triumphant. But while disco and vampires had melded so wonderfully in Dracula AD 1972, Badham’s stone faced, sequin-free interpretation remains a robust and commanding work. Decked with gripping drama, dynamic action and subtle yet sinister horror, Dracula (1979) is adorned with the gothic charm of its ancestors but has grit under its finger nails and an unsettling edge. While embellishing the gothic tropes of both the novel and earlier film versions, Badham relays Stoker’s tale with a grimy, pastoral air, set in real life locations over pantomime stage sets and his Dracula garlands the literary source with verve, prowess and invigorating realism.

The story starts in classic ghost train style with a wolf howling over a black screen suggesting a conventional telling. Yet while creaky coffin lids opening slowly and moon beams lighting up mist plumes commemorate the classic tropes made famous by the Lee and Lugosi features, grubby, dilapidated interiors, austere landscapes under depthless grey skies, a generally dingy colour pallet and a dank, autumnal tone offer visual variations and character to Badham’s near excellent vision. Dracula (1979) only really suffers due to its slightly histrionic supporting performances and occasional lack of tact, elegance and fanciful idealism which was later served in abundance in Frances Ford Coppola’s adaptation. There are no cardboard sets here, nor any of the phantasmagorical Grand Guignol which saturated Bram Stoker’s Dracula (1994) yet Badham’s feature struts fresh terrain in toppled attire to a magnificent John Williams score which quivers into thunder throughout the opening credits. The camera glides across gloomy waters to Carfax Abbey. From there we fall on board the boat transporting Dracula in the midst a mighty storm before being subjected to his supernatural rage. 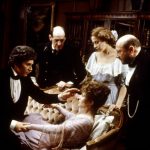 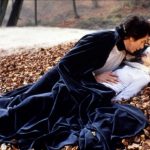 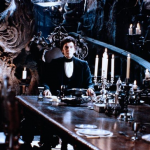 Following the intro, new and classic supporting characters are re-introduced. Donald Pleasence (hot in horror after the success of Halloween ) is perfect as the otherwise disposable Dr Jack Seward), especially considering his character is far from complex or indispensable (Pleasence was originally offered the part of Van Helsing but turned it down as it was too similar to his role in Halloween). Jan Francis and Kate Nelligan deliver passable yet slightly perfunctory performances as Mina and Lucy along with Trevor Eve as a posh by-the-numbers Jonathan Harker. Frank Langella is in many ways flawless as the fang free Count, with dead darting eyes (Langella suffers from a condition called nystagmus which causes his eyes to dart voluntarily) and cold confidence recalling the debonair demeanour of Christopher Lee. He is especially terrifying when seen by Mina in the dead of night, staring upside down through her bedroom window. Laurence Olivier turns up in the second half as a withered Van Helsing and with the wispy screen presence of a dirty grandmother’s curtain but brings something different to the role.

The screenplay by WD Richter (Big Trouble in Little China, Invasion of the Body Snatchers (78)), based on the play by Hamilton Deane and John L. Baldeston slightly diverges from the novel and most other film versions, shifting characters and structural dynamics which do the plot justice without disrespectfully twisting or sensationalising it into something too distorted. Badham competently crafts one of the better big screen adaptations of Stoker’s classic tale. A cold hearted yet hot blooded portrayal of the Count, coming across as psychotic over romantic (more demon than a former man governed by inherent evil desires) adorns the earthy aesthetics and compliments the story. Despite lacking sumptuous visuals (Badham was hardly an auteur), Dracula (1979) is for the most part a joy and often feels like a perfect melding of gothic horror fantasy and realism. 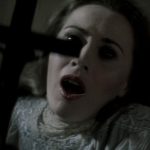 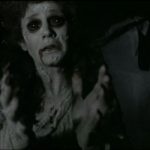 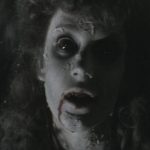 Excellent action, acting and drama grace a punchy plot that moves at a compelling pace. It has also been reported that the original theatrical print was notably different to recent versions and that John Badham de-saturated the colour for the 1991 laser disc transfer, which has since been used for subsequent DVD releases. It’s a characteristically drab with a muted grey/brown almost sepia tones that are not too cinematic but undeniably interesting/ distinctive but one lovely red lit love-making scene recalls the dream-like air of a Bond opening credits sequence. While well directed action sequences and character conflict retain attention for most of the duration, the lack of soaring lustre and authentic romance (bar a couple of pappy Mills and Boon type moments) is evident from the outset but these are components that are not hugely missed and, one could argue, thankfully absent.