Doug Jones Cast in What We Do in the Shadows Pilot 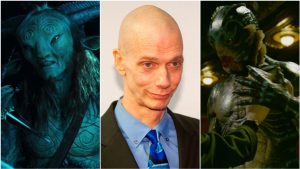 Doug Jones, the actor who has played iconic roles in the films of Guillermo del Toro, has been cast in the pilot episode of What We Do in the Shadows. Jones most recently played the role of the amphibian man in The Shape of Water, but was also the person behind the terrifying Pale Man from Pan’s Labyrinth.

The original film’s stars, writers and directors Jemaine Clement and Taika Waititi, will serve the show as executive producers.