Original franchise creator Don Mancini has made no attempt to hide his displeasure with the Child’s Play remake. He’s keeping the original franchise alive with a TV series for Syfy—and according to a recent tweet, a 2020 release date is in the works. 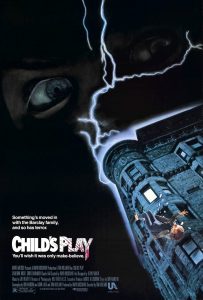 Currently titled Chucky, the TV series will be produced by Channel Zero creator Nick Antosca and will mark a significant departure from the comedic tone of the later films. With a vibe closer to the classic scares of the first two entries in the franchise, the series will remain consistent with continuity while telling a fresh new story with original characters.

As of right now, we don’t know a lot more about the series, but Brad Dourif is expected to voice Chucky once again. Jennifer Tilly and Fiona Dourif may also make an appearance, though this has not been confirmed.