Discover the Afterlife with this Trailer for The Discovery 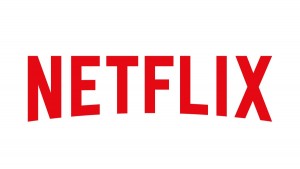 Netflix is shooting it out of the park with its constant release of quality original content. Both the service’s film and TV series’ of late have been excellent, unique and of various genres, ensuring that the widest audiences possible will find something to enjoy. The OA, Clinical, The Crown and TrollHunters have all received raving reviews, proving that Netflix is a force to be reckoned with.

A trailer has been released for Netflix’s next original film and it’s called The Discovery. The story is set in a world one year after the afterlife is scientifically proven. As millions of people kill themselves to get to the mysterious life after death, a pair fall in love and start to face their own dark pasts as the reality of the afterlife is revealed.

The trailer is wonderfully dark as it descends from its romantic beginning to its sinister end. As the rate of suicides begin to escalate, the brilliant music choice of Roy Orbison’s ‘Only the Lonely’ gets appropriately more twisted and shifts into a darker tone. This is definitely something to keep your eyes out for.

The Discovery comes from director Charlie McDowell (The One I Love)  and will hit Netflix on 31st March and stars Robert Redford, Rooney Mara, Jason Segel, Jesse Plemons, Riley Keough and Ron Canada.