Disconnect From Reality with Dimension 404 Trailer

Described by its star Patton Oswalt as a “super fucked up anthology show,” Hulu’s six-episode series Dimension 404 will premiere next week. Right now though, we’ve got the first full trailer and some episode outlines for you. The trailer is fun, frantic and out-there, and it’s got us pretty excited.

A digital-age descendent of the likes of The Twilight Zone and The Outer Limits (the trailer features a deliberate nod to The Outer Limits’ opening voice-over), the series was produced by digital studio RocketJump for Hulu. Starring in various episodes are Community’s Joel McHale, Modern Family’s Sarah Hyland, Scream Queens’ Lea Michele, iZombie’s Robert Buckley and Ryan Lee (Super 8, Goosebumps).

Dimension 404 (the name was inspired by the online ‘404’ error code) was created by Dez Dolly and Will Campos, together with co-creators Dan Johnson and David Welch. Dolly also acts as showrunner, and executive produces alongside Freddie Wong and Matthew Arnold. Read on for details of three of the episodes.

MATCHMAKER: Starring Lea Michele, Robert Buckley and Joel McHale
When Adam (Buckley), a lonely music blogger, meets his perfect match through a cutting-edge dating app, it seems like a dream come true. But the moment he says ‘I love you,’ his life takes a turn for the terrifying – and Adam discovers a shocking truth that makes him question everything he thought he knew about life and love.

CHRONOS: Starring Ashley Rickard and Utkarsh Ambudkar
A hopelessly nostalgic physics student fights to prove her sanity – and goes on an adventure through space and time – when no one on Earth can remember her favorite 90’s cartoon show.

CINETHRAX: Starring Sarah Hyland and Patton Oswalt
A snooty cinema purist struggles to convince his fellow filmgoers that the 3D movie they’re watching – screening in a mysterious new format – is summoning forth a brain-sucking interdimensional monster only he can see. It’s up to him to ruin the film and save the world. 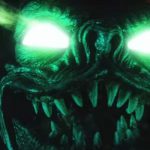 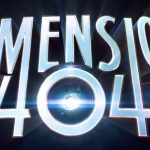 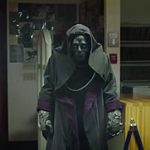