Ted Geoghegan, writer and director of We Are Still Here, recently shared some cool original concept art for the film over on Twitter—along with some interesting tidbits about what changed between the first draft and the final cut. 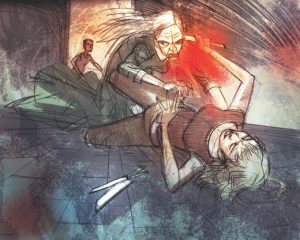 Created by artist Brett Weldele, the artwork includes a gorgeous (and creepy) piece designed to set the mood during script readings. Another reveals the gory ending Geoghegan initially had in mind.

“Originally, at the end of the film, I wanted Dagmar to slide Dave’s face off like a sausage casing (mimicking a kill from Peter Jackson’s DEAD-ALIVE),” he notes, “but the more we discussed it, we knew it would be too silly. So we crushed his skull instead. No regrets.” 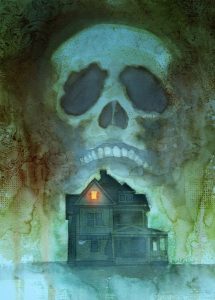 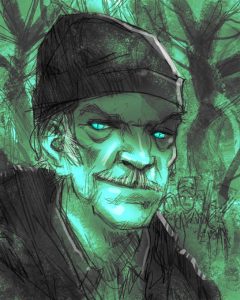 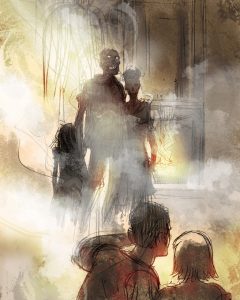 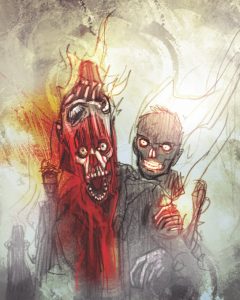 Released in 2015, We Are Still Here follows a grieving couple that moves into an isolated house in rural New England after the death of their son—only to be attacked by violent spirits. Horror icon Barbara Crampton stars alongside Andrew Sensenig, Larry Fessenden, Lisa Marie, and Monte Markham.