The world of Funko Pop! Vinyls is forever expanding. You can already buy most of your favourite TV and film characters, no matter how obscure they are or what genre they’re in. Now, it seems as though Funko is heading properly into the real world, by creating a Pop! Vinyl for director James Wan. Check it out below. 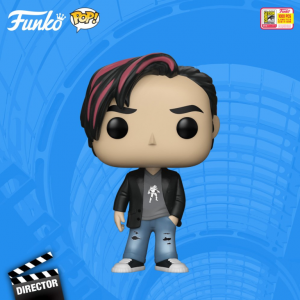 James Wan has directed some of the most impressive modern horror films with Saw, Insidious and The Conjuring, but has also dabbled in the universe of Fast and Furious and DC; with his upcoming Aquaman feature due later this year.

When tweeting about the figure, Wan said it’s, “Oddly, uncanny! How amazing. Thank you for this. What an honour.”

You’ll only be able to purchase the figure at SDCC 2018, where there will be a limit of just 3,000. Whoever nabs themselves one is very lucky, we’re super jealous.