Director Fukunaga Leaves IT In Murky Waters After Pulling Out 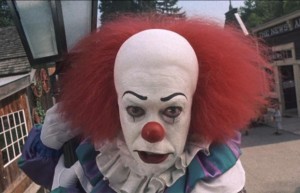 It’s been reported that True Detective director Cary Fukunaga will no longer be directing the remake of Stephen King’s iconic IT, and the reawakening of our clown fears is now left up in the air.

Fukunaga apparently clashed with the studio, New Line, over what his vision was and the budget that they’d given him in order to complete the film. He believed that some of the more expensive locations would bring the landscape of Derry, Maine, to life, but the budget didn’t allow for that. Filming for IT was supposed to begin this summer, but it has now been postponed.

Warner Bros. were the original studio that the resurrection would be done under, but it had been passed onto New Line recently, who aired concerns over the budget and how well the film would be received.  It’s rumoured that due to the underwhelming response for the Poltergeist remake, which uses a clown to advertise the paranormal fear, the studio were worried about the reception of IT.

Fukunaga was going to split the tale of Pennywise and the misfortunate children who repeatedly encounter him, into two separate films that focused on the events as children and those as adults. Will Poulter from We’re The Millers had just been cast to play the chilling clown Pennywise.

Disappointing news for those of you who were excited about the remake, and now all we can do is sit and hope. We will update you when more details are released.