In the Fade director Fatih Akin (pictured above) has now been tied to direct the new adaptation of Stephen King’s Firestarter for Universal and Blumhouse. Akin is particularly renowned for working on action and romance films, so this will be the director’s first foray into the world of horror and its King. 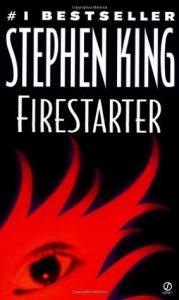 The original film was released in 1984 and was directed by Mark L. Lester, starring Drew Barrymore in the lead role of the pyrokinetic youngster.

The new film will, again, follow a child who adopts the fiery ability, soon being abducted by a government agency that is keen to use her power as a weapon.

The Dark Tower scribe, Akiva Goldsman, is writing the script, so let’s hope that Firestarter doesn’t succumb to the same fate as last year’s Dark Tower adaptation. Surely, things can’t go that wrong for the simpler story of Firestarter?

Watch this space for more as it comes!