Devilworks Acquires The Man Who Was Thursday 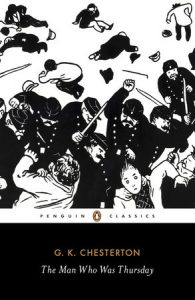 Devilworks has acquired the rights to the Hungary-Italy-Romania co-production The Man Who Was Thursday. The film focuses on a battle between god and the devil as Father Smith descends into the Roman Underworld.

The film is inspired by the novel of the same name written by G. K. Chesterton published in 1908. Described as a metaphysical thriller, the story has been adapted by director Balazs Juszt and first screened back in 2016 at the Edinburgh Film Festival.

Look out for the American release of The Man Who Was Thursday in the USA, hopefully we’ll receive a release in the UK and around the rest of the world soon after. The film stars Ana Ularu, Francois Arnaud and Jordi Molla.