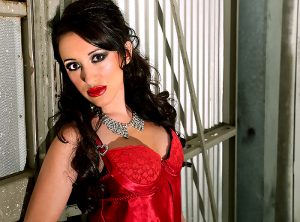 Devanny Pinn (pictured right) has joined the cast of Party Bus to Hell, which will see the House of Manson/Nude Nuns with Big Guns actor battling a Satanic Cult after breaking down en route to the Burning Man festival.

“I have wanted to work with director Rolfe Kanefsky for a while now and this film just looked like it was going to be a lot of fun,” Pinn said recently. “I originally had a scheduling conflict, so I was glad when the producers contacted me regarding pickups. I am looking forward to shooting with Ms. Reid also!” 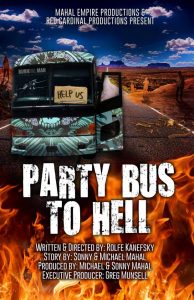 Synopsis:
When a party bus on its way to Burning Man filled with a bunch of sexy young adults breaks down in the desert and in the middle of a group of Satanic worshipers, all hell literally breaks loose. A massacre leaves seven survivors trapped on the bus, fighting for their lives while wondering if someone or someones are not what they seem.

Here’s hoping the film lives up to its Hills Have Eyes meets Race with the Devil premise.