Last year, Netflix announced that an animated Resident Evil series—Resident Evil: Infinite Darkness—was in the works. At the recent Resident Evil Showcase, we got some intriguing new details about the project, which is slated for release sometime in 2021. 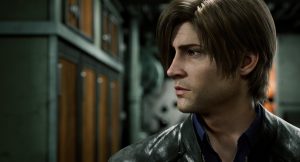 First, we’ve learned that Infinite Darkness may actually be a film, not a series. Whatever it is, it’s set a few years after Resident Evil 4 and will follow a pair of veteran zombie slayers—iconic characters Claire Redfield and Leon S. Kennedy—who “get the job done” when biohazards run wild.

That description is still mysteriously vague, but it does give fans of the classic video game series plenty to speculate about. We’ll be keeping our eyes peeled for more announcements to share with you!